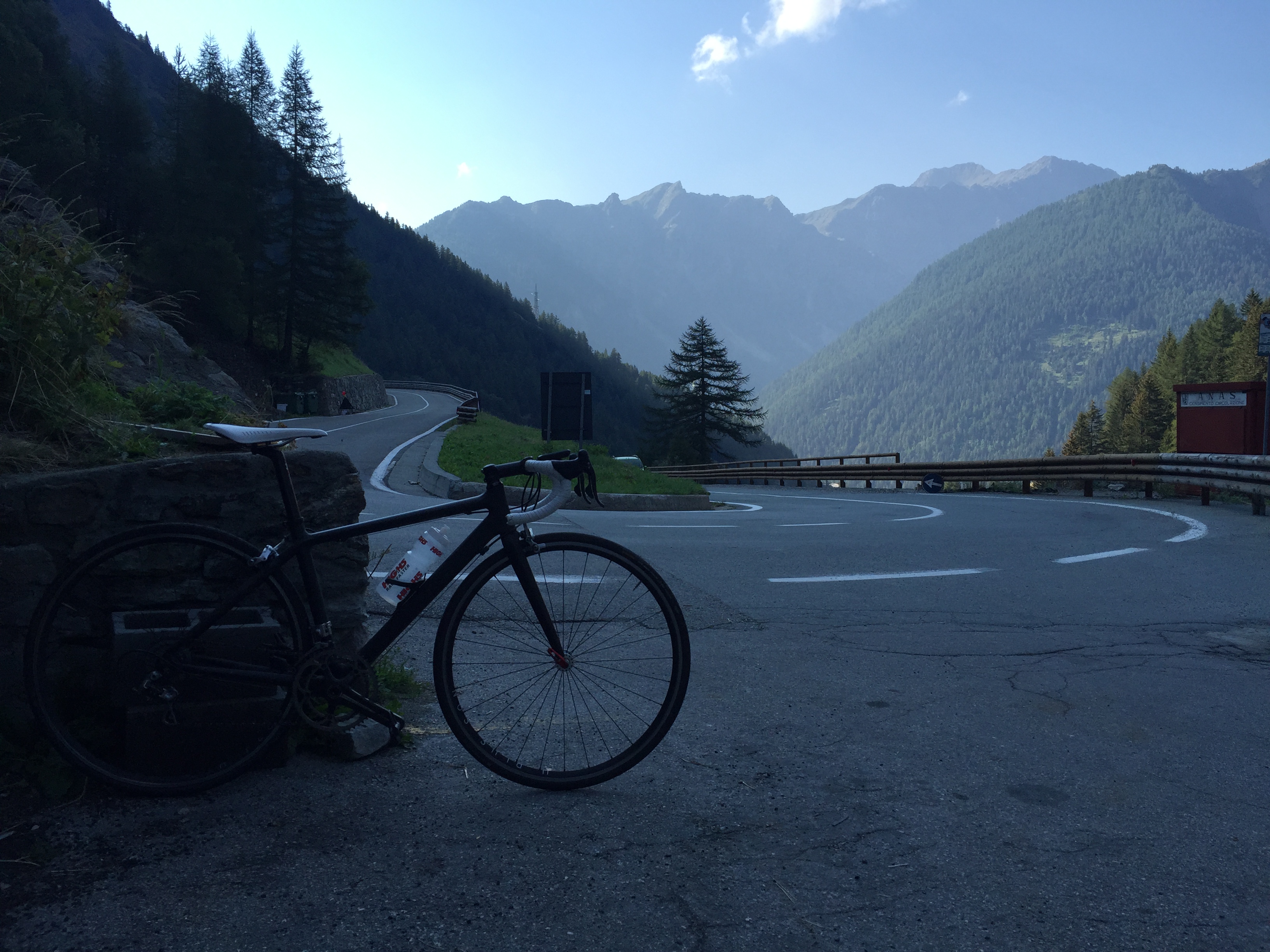 This is a piece I wrote over two years ago when I was starting to take road cycling and my athletic performance somewhat seriously. I was worried that by shifting my focus to performance I’d lose the profound, meditative freedom of just riding my bike. Now I take my athletic performance more seriously than ever, competing in track cycling at a national level. It’s safe to say my thoughts on performance, competitiveness, technology and meditation have all come on a long way. Yet I still think that the discourse penned here offers a chance to look what how we train and why.

Over the last hundred years or so, a number of technological developments have changed how we ride bikes. The fundamental concept remains the same but materials, riding positions and components have all been optimised for diverse cycling disciplines. Now technology is also changing why we ride bikes. It’s had an undeniable impact on why I ride and the state of mind I’m in when I get out for a ride.

I got into cycling as a sport when built a fixed gear bike for getting around town. The sensation of speed was addictive and I started to ride for the sake of riding. Initially I didn’t venture far and stuck to cruising round my hometown of Cambridge. I navigated on instinct and frequently got lost. I found exploring by bike gave me a completely new perspective of the town in which I had lived my whole life.

There’s something really satisfying about riding just to look around. It’s not the same as a commute or a training ride where there’s a clear objective. This kind of open minded meandering seems a world away from the kind of riding I now myself doing on a regular basis. As I have started riding harder and further, I’ve slowly made the transition from riding a fixie as a runabout to getting fully kitted up and collecting a range of data while out training on a carbon road bike. This has shifted the experience of coming back from a ride and being content with having completed liberating, unstructured exercise, to returning and having my satisfaction determined by success on Strava. There is genuine excitement when a new PB is set or a KOM claimed. When this isn’t achieved I immediately fall back on the usual excuses: traffic, wind, even tyre pressure to try and avoid the guilt of under performance. Seeing my segment times tick down every few rides just makes me want to ride more and more.

I have found Strava to be a very useful tool for motivation. I’ve gone out on many rides purely to try and hit a new total distance for the month. Many of these are rides I wouldn’t otherwise have started. It gets to the point where it’s hard not to be a little smug about having recorded so many thousands of kilometres of riding. If a break from riding is required due to illness or laziness, there is genuine fear that, on getting back in the saddle I wont be able to maintain the same, precisely quantified, performance.

The awareness that my performance is being directly compared to others who have ridden a segment does gives even a solo ride a competitive edge. Yes, beating someone on a segment gives no reason at all to think you are a actually a better cyclist, but it’s still a lot of fun. I’ve gone quite far out of my way to tackle obscure segments because I know that I can probably set a decent time up a 200 meter stretch of road that only 17 other people have attempted. Even when most of those people probably didn’t know or care it was a Strava segment, I still take pleasure in beating faceless Strava athletes. Getting into the top hundred on the local climb (it’s more of a small mound being East Anglia) gave me confirmation of my worth as a serious cyclist.

Strava does seem to be of more use than just ego boosting. It’s great to have a reason to go all out on a section of road you know is a fast segment. Having a specific goal is something I’ve also found psychologically powerful in the gym. If you just want to lift a weight or go fast, it’s going to hurt and you will stop. If have a target, you can push on through an surprising amount of agony just to reach an arbitrary number. When you keep a close eye on that arbitrary number, and improve on it, it’s possible to make a lot of progress.

This it what worries me about cycling. It turns a bike ride into an activity that is binary, it is either a performance success or an abject failure. But I question that I should allow my enjoyment of those rides to be determined by an objective measure of performance that is hardly reliable. It’s what makes me test the limits of my body and will-power but at the cost of glancing at a scientific array of data on the Garmin every few seconds. This is a world away from the escapist meandering that led me to fall in love with bikes.

In riding purely to beat Strava, it feels like something is lost. Through the process of digital quantification quantifying riding seems to have lost much of what made it meaningful in the first place. What makes cycling so blissfully pleasurable is that the experience can’t be quantified. The sensation of surging along the tarmac for no reason other than to be on the bike is what makes riding beautiful. To try and explain this meditative experience would be far closer to poetry than numeric data. Strava’s own marketing strategy tries to cash in on the perspective that cycling is an art, or some kind of profound experience that borders on spirituality but this seems hypocritical.

It’s easy to see cycling as art. It’s an activity that can completely absorb ones attention in a completely subjective way. The unconscious connection between the body and the bike could be compared to a potter moulding clay by feel, expressing their emotions. Cycling is an activity better approached as an art as the sublime experience of riding a bike cannot be accounted for by numbers. A brief look at the etymology of “technology” is revealing. The greek word “techne” from which we derive it, is best translated as meaning “art” or “craft”. Both of these words imply something far beyond the scientific process we now associate with digital devices. Today, technology is often machine-like, robotic, emotionless. Technology is discretely defined, a computer can only think in the binary terms of being entirely true or entirely false, entirely a success or entirely a failure. Technology is not inherently bad, but today it means something different.

I’m not sure exactly how or when technology shifted from this human connection with physical things to the mechanical, systemic, soulless array of devices it is today. Perhaps it came about with the advent of the digital computer. The sudden need to define information in terms of discrete concepts and code, to mathematically quantify everything must have played a part. To create a framework in which the extremes of success or failure are the only outcomes possible surely takes advantage of how strongly we react to these extremes and keeps us coming back for more.

Whatever the cause, technology can be seen to have had a dramatic impact on how we experience the world. It all appears to fall into a classic dichotomy, where technology reduces human experience to a set of numbers, which is at odds with the idea that human experience is impossible to pin down, and is better accounted for through art. On this view, technology is inhuman, almost evil. Perhaps Strava has the same effect on cycling.

Technology certainly has it’s pro’s and con’s. I have found it to be a highly effective training tool but often at the expense of what I love about cycling.

But perhaps this is a melodramatic interpretation. In all likelihood it is a false dichotomy that cycling as “art” is good but cycling as “technology” is evil. This is as over simplified as I have accused Strava of being. In reality, I have not had a problem with getting the best out of both. I always mix up how I ride and why I ride. Sometimes I keep a close eye on the heart rate monitor, sometimes I ride purely on feeling. Modern life seems to demand both.