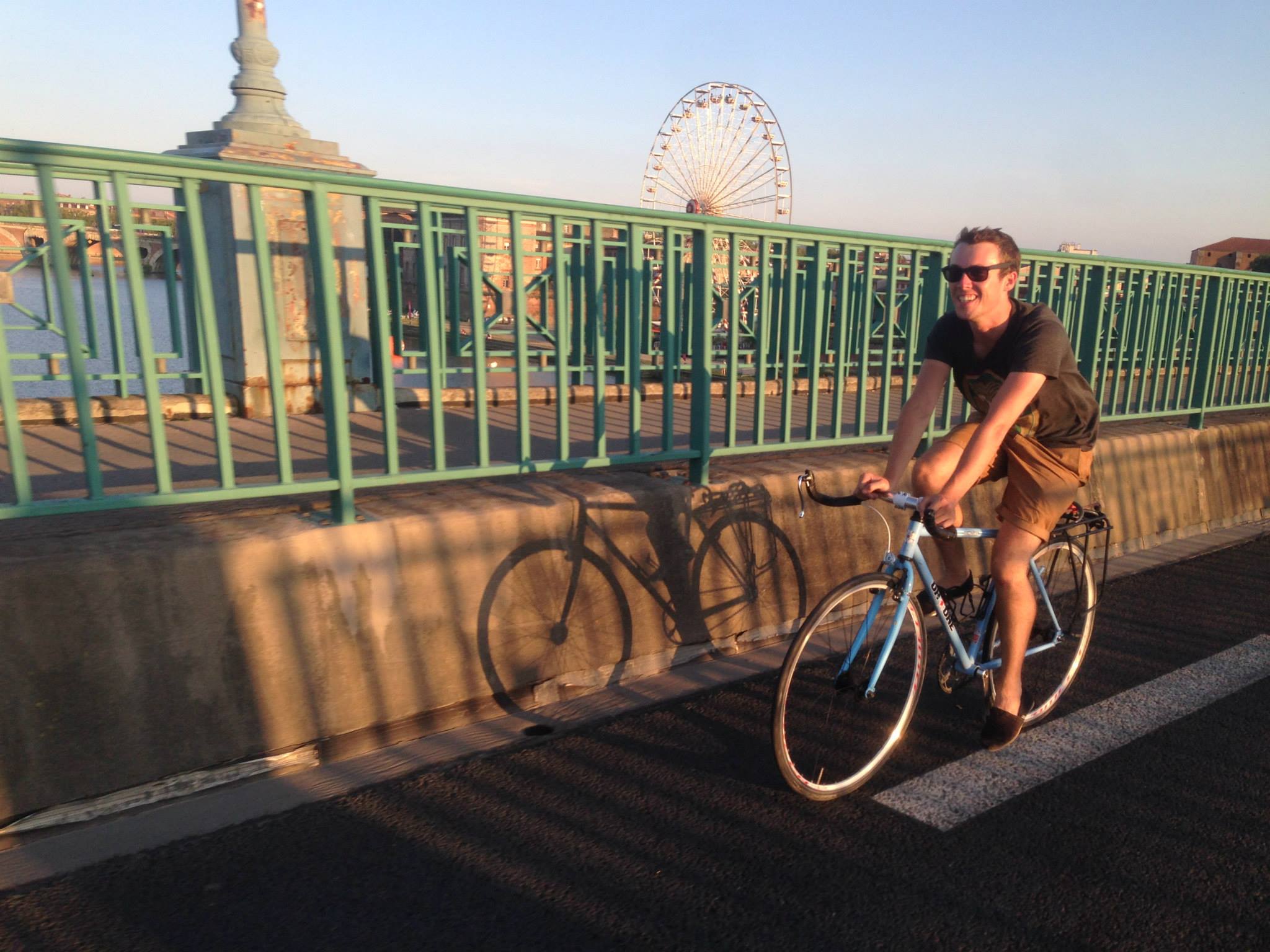 It’s not a hobby, it’s a lifestyle. This is the reason that I have not even attempted to write on cycling as my interest in it has developed over the last few years. Any intention to try and convey the experience and significance of cycling crashes into a brick wall of cliche, or worse, condescending pretentiousness. The notion that I could use the medium of writing to sufficiently convey any aspect of this phenomenologically exquisite activity is daunting and seems unlikely to succeed. It would, at best, only be possible to provide a small anecdote or insight that is only of meaning to a cyclist who has a similar level of passion (or disillusionment). Nothing would be captured by the writing here, simply referred to. The philosophical implications of this issue alone are worthy of an entire book so where is the starting point? It is difficult to make even basic assertions such as this without a feeling that they are completely incapable of expressing the breadth, depth and difficulty of the task. It would be devastatingly over simplistic to try and make generalisations about even one small section of the cycling world, it is not obvious what even road cycling, BMX riding, and urban commuting have in common. Each discipline has it’s own stereotypes and sub-culture but outlining these provides little more than caricature. Having said this, many have succeeded in recording and expounding on the, nearly mythological, world of cycling. The intellect and skill behind many works, from the articles of the great William Fotheringham to the short film adverts of Rapha, prove it is possible to create a genuinely moving piece of art that conveys something about cycling. Daring to compete with such talent only adds to the pressure of talking about a sport were nothing less than full hearted commitment and super-human performance are expected. So, for some years now, the task of writing about cycling has been looming over me, posing an unconquerable peak, one too dangerous to even attempt climbing.

To write about cycling then, is a distressingly large challenge but to explain why it is appealing is also to explain, in part, why cycling is appealing. Unsurprisingly, the climbing of a metaphorical mountain of writing correlates well with the climbing of an actual mountain by means of a bicycle. In both cases the seemingly unpleasant work, whether it it intellectual or physical, generates great satisfaction when completed. The work done is also of value in itself, this may be the quantifiable increase in cycling ability or the more qualitative improvement in writing skills. These skills are created or improved through the desire and necessity of attaining a new level of achievement. The problem is that using this kind of language makes cycling sound like a job interview. There is certainly a place and a need for this kind of rational and formulaic thinking in cycling. Planning routes and training programmes require a scientific mind-set as does repairing the bike itself. These are practices that are essential and can be pleasurable in themselves but mostly because they enable the indescribable experience of cycling.

The decision to cycle harder, better, faster and stronger is not a calculated decision that one makes. Cycling is defiantly irrational and self-contradictory. Lance Armstrong succinctly stated, “I didn’t do it for the pleasure, I did it for the pain”. These words can perhaps start to reveal the underlying paradox of the sport. This is not to say that cycling is a logically circular or pointless endeavour. Instead, it seems that the only way to try and convey the simplicity and sensation of cycling is through linguistic paradoxes. As in poetry, two juxtaposed words can create a wave of ideas and thoughts that transcend literal interpretation. Cycling is both pleasurable and painful, these words do not negate one another, an attempt to provide clear definitions will help to account for some aspects of what it is like to be in love with cycling and yet it is the combined effect from the contradiction that seems to convey more. A cyclist winding their way along the numerous hairpins of Alpe d’Huez may appear to be expending the majority of their effort travelling in a direction that is perpendicular to the destination. But this is the most practical way of getting closer to the top. Likewise, the dichotomy of pain and pleasure does not immediately help describe cycling but the lateral progression of thought from one to the other creates more than the sum of the parts. Strong currents are formed where two bodies of water meet, in the mind of a cyclist, the concepts of pleasure and pain fiercely clash and invoke the strong feelings associated with being on a bike.

For me, to talk about cycling as something that transcends language and logic does not quite sit right either. The kind of poetic language that is used sounds too spiritual, almost mystical. By changing only a few words one could turn a work on cycling into the manifesto for a new age religion. I have found that one of the most fitting words for describing cycling is “meditative” but as someone who prides themselves on being empirically grounded I feel that this may be misinterpreted as meaning something supernatural. Once again there appears to be a paradox. To objectively and scientifically dissect cycling is too cold and clinical, on the other hand to allude to the experience itself will easily become a bad parody of mysticism. I think that writing about cycling cannot take wholly either one of these approaches. The distinction I have made is an artificial one itself but hopefully it will help to show how cycling can only be understood holistically but can only be explained through reference to its (artificially segmented) parts.